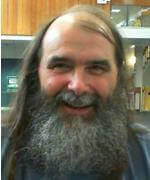 Professor Alan Dix is Director of the Computational Foundry at Swansea University, a £31m investment by the University, Welsh Government and European Union to create a place to nurture fundamental digital research that makes a difference to real lives. Previously he spent 10 years in a mix of academic and commercial roles.

Alan has worked in human–computer interaction research since the mid 1980s and is the author of one of the major international textbooks on HCI as well as of over 500 research publications from formal methods to design creativity. His work has often looked over the technological horizon, for example in 1992 he wrote possibly the first paper to highlight the potential for gender and ethnic bias in black-box machine learning algorithms, and in 2000 led development of an early (albeit too early!) social networking system.  Social impact is also crucial to his work and he is currently responsible the algorithmic social justice theme of the UK Not-Equal network for Digital Economy and Social Justice.

During the last year his book “Statistics for HCI: Making Sense of Quantitative Data” has been published by Morgan & Claypool, and his new online course “Creativity: Methods to Design Better Products and Services” was launched at interaction-design.org. His latest book, “TouchIT: Understanding Design in a Physical–Digital World” is in press with OUP and he also has a second edition of a textbook “An Introduction to AI” and a shorter “AI for Social Justice” under preparation.