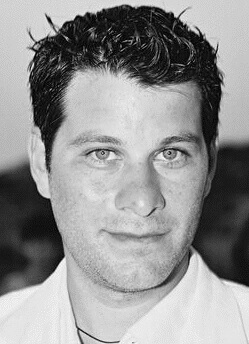 George Caridakis serves as a faculty member at the Assistant Professor rank the Department of Cultural Technology & Communication, University of the Aegean where he coordinates the Intelligent Interaction research group (ii.aegean.gr), i-Lab Intelligent Systems laboratory, active in the research fields of Intelligent Systems, Human Computer Interaction and Digital Management of Cultural Heritage. He is also affiliated as a research professor with the Athena RC and the Intelligent Systems Content and Interaction Laboratory, National Technical University of Athens. In the past, he served as an Adjunct Lecturer at the Department of Biomedical Informatics, University of Thessaly and has been elected as an Assistant Professor in Games and Media Technology at the Medialogy Department, Aalborg University, Denmark. His teaching experience includes courses offered in undergraduate and postgraduate levels in different institutions in the past 10 years and supervision of PhD, MSc and undergraduate theses. He has served as a reviewer, board and committee member in numerous international scientific journals, conferences and workshops and has been invited numerous times to give talks regarding his research interests and activity. He has been elected as Chair (2020-22) of the (Greek ACM SIGCHI having already served as a member of the board since 2012 and is coordinating the implementation of the research Memorandum between University of the Aegean and Athena RC and the respective Digital Management of Cultural Heritage center. His research on various aspects of intelligent human computer interaction and cultural informatics has been published in more than 35 journal articles and book chapters and more than 70 papers in conferences and workshops and has been well recognised by the scientific community by being cited more than 1500 times with an h-index of 20. He has participated in more than 30 research projects during the past 15 years at Regional, National and European level as a Researcher, Project Manager and Scientific Coordinator, worked at the ICT industry for a decade prior to his academic venture and has served as an evaluator in many National and European funding and grants frameworks.